Book Review: The Order of Odd-Fish by James Kennedy 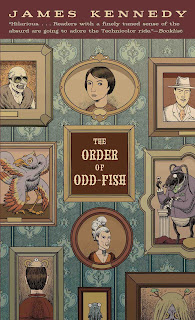 Jo Larouche has lived with her eccentric former movie star aunt Lily in the middle of the California desert for thirteen years. There are two problems stemming from the day when Jo was left with Lily: 1. Lily can’t remember anything that happened before that date and 2. Jo was left with the following disturbing note:


This is Jo. Please take care of her. But beware. This is a DANGEROUS baby.

Jo doesn’t seem particularly dangerous. In fact, the thirteen years of her life have been a series of eccentric parties thrown by Lily, working in a local café and not much else. Until the day when Lily throws her annual Christmas Eve Costume Party. This is the day that Jo meets: 1. A strange man by the name of Colonel Korsakov, a three foot talking cockroach named Sefino and a Chinese billionaire named Ken Kiang who for some reason is trying to kill her. Through a series of Crazy (yes, Crazy with a capital C) events, Jo, Lily, Korsakov and Sefino are all transported away from California and into a strange place known as Eldritch City.


Once they get spat out of the stomach of a giant fish (I told you it was Crazy), Jo’s aunt Lily, Korsakov and Sefino all realize just why they could never remember anything before the last thirteen years: they are knights in the Order of Odd-Fish, a renowned group in Eldritch City whose mission is to research an appendix to an encyclopedia of dubious facts, rumors and myths and their minds had been wiped before they were exiled from Eldritch City for killing another member of the Odd-Fish. Oh, and Jo Larouche is actually Jo Hazelwood (aka “the Hazelwood baby” or “the Ichthala”) who was the baby responsible for destroying a huge part of Eldritch City thirteen years ago. Ooops. Now that Jo, Lily, Korsakov and Sefino can remember the truth and know that Jo is not dead like everyone in Eldritch City believes, it becomes a tough mission for them to hide the truth from the other knights.


I know, I know. You’re thinking “Just what kind of CRAZY book is this???” It is the best kind of crazy book. One filled with exciting, colorful characters and wacky adventures. One filled with studying pointless things like unlikely instruments, ludicrous weaponry (ever heard of an “apology gun”?), discredited metaphysics and unusual smells. Where the bad guy isn’t really all that bad and people ride flying ostriches. I found this to be one of the funniest books I’ve ever read. It is a great mash-up of part fantasy and part adventure story. If you want to go on a rollercoaster ride with the most interesting cast of characters known to man, read this DANGEROUS book!

Britain, AD 631. Nine-year-old Essa has spent his entire life travelling the roads of Britain with his father, Cai. Until the night the pair arrive in a small Wolf Folk village, and Essa wakes up alone the following morning. When he sees that Cai has left his sword, the Silver Serpent, behind, Essa knows his father isn't coming back. Five years later, Essa has become a part of the village his father abandoned him in. Until the day he is forced to defend himself, and his best friend Lark, by killing a stranger who attacks him, unprovoked, in the meadow near the village. A stranger who recognizes Essa's face. Not long after, Egric the Aethling, heir to the throne of the Wolf Folk, arrives in the village and binds Essa to his service. He sends Essa on a midnight mission to spy on the Mercian camp nearby, where King Penda is gathering his men to attack the Wolf Folk. When Essa encounters his long-vanished father in the enemy camp, he finds himself on an epic journey, with only t 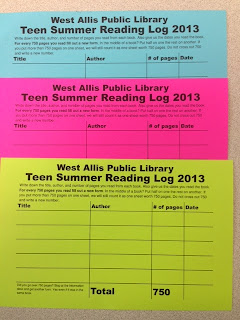